A tribute to Nash 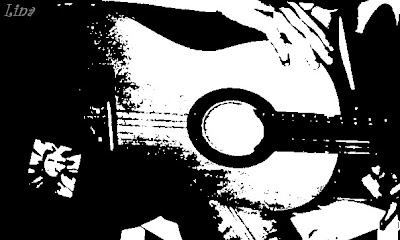 Travelling has certainly many advantages and I like it. But, now I 'm so sad because I 'm travelling again. I 'm leaving behind those I love! The hardest part in travelling is meeting people around the world and leaving them behind with promises of future meeting. Few days later, you just realize that you’ll never meet again ! Exceptions are scarce or so I realized ! 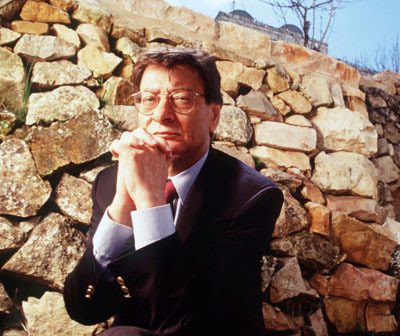 I ll never return A poem by Meena

I m re publishing this small trial of an article . It was firstly meant as an abstract for a conference in Boston. then I re- wrote it for my first journalism class at Tufts .My thanks go to the people whose names are mentioned in the text for their help :

One of the subjects that have been rarely out of the headlines since 9/11 is the rise of the radical Islamism. Nowadays, Islam is always evoked in the context of intolerance, violence and terrorism. I assume that the majority of you know that a wave of Islamism has already invaded the majority of the Arabic Muslim countries and even Europe where many fear the growth of a radical Islamist presence.
Tunisia was not spared! Seen from outside, this country seems far from being in a status of crisis. It is relatively stable and did not really experience real problems. Economic and social indicators are relatively good. But for those in the know, the country is in a crisis. Economically, Tunisia is mainly dependent on Europe. Agriculture is fragile due to dryness. Unemployment rate are arising. All of these elements created a feeling of despair in Tunisians in general and in youngsters in particular. As it is a normal attitude for humans to turn to religion when they are desperate, Tunisians found in religion a shelter from their daily problems. Mosques are mushrooming in the country. More people are going to mosques to pray. A racist Djihadiste language appeared (anti-Jews, anti-progress, anti-women, etc). Moreover, it is estimated that hundreds of thousands of women now wear some kind of headscarf, including the veil. Walk in the streets and you will miss these beautiful creatures with their hair in the air, you will miss these men freshly shaved! The majority of Tunisians made the choice of being a part of this Islamist wave. Surely, wearing a veil or beard, praying in a mosque are a personal matters and choices but the problem is alarming and much deeper than it seems to be. Tunisian laic elite is fearing the access of the Islamist movements to the rule in Tunisia .
In fact Tunisians can never forget the attack on the synagogue ‘ la Ghariba ‘ in April 11,2002 ;when a truck fitted with explosives drove past security barriers at the Ghriba Synagogue on the Tunisian island of Djerba and exploded in front of the building killing 14 German tourists, 6 Tunisians , and a Frenchman. More than 30 other persons were injured. The attack was initially called an accident. But investigations showed that the attack was deliberate : Nizar Nawar a 24 year-old was the bomb-suicider .An audio tape later claimed responsibility for the attack Although it has remained the only such incident, the attack showed the potential danger from the relatively large number of young Tunisians who have been successfully lured to Al Qaeda. Such people are not only important in providing the movement with its grass roots, many of them have also quickly taken on significant leadership positions. Worth noticing also, is the increase of the number of young Tunisians making their way via Algeria and Syria or Jordan to the ‘Iraq front’.

Another unforgettable incident was the fight that took place in Tunisia in December 2005 between Tunisian security forces and a group of armed Islamists. The interior ministry said that the terrorists were planning attacks on American and British facilities, to add later that they were attempting a Coup-d état. At least twelve Islamists and two policemen are said to be killed.
Open armed conflicts between radical Islamist groups and security forces have been rare in the recent history of Tunisia. Tunisian contemporary history shows us not only that political violence is very limited in scope and occurs only under exceptional circumstances in modern Tunisia but also that political violence is accepted neither by the majority of the people in the country nor by the representatives of its various political and ideological tendencies.
These incidents happening both on the national and international levels are matched within Tunisia with an unparalleled increase in religiosity, involving all generations and social classes. They led to an arising concern among the ranks of the laic elites and the Tunisian government alike .As, they used to believe that the policies adopted since the seventies would prevent any fundamentalist radicalism of ascension. Salwa Charfi professor of journalism and political communication in the University of Tunis says: “Islamism emerged in Tunisia in the beginnings of the 1970s with the Tunisian Islamist Movement, now known as ‘Ennahdha’. During that period the veil started to cover the Tunisian women heads. It was also the period during which the United States of America was praising the efforts of the “fighter for Freedom” Usama Ben Laden, who was fighting the URSS in Afghanistan.”, she adds: “The Islamist movement comeback happened after the 9/11 as a reaction to the Islamophobia and wars started by the USA under the name of the war on terrorism .It is the normal reaction to brandish the weapon of identity when we are weak. Moreover we do not have to forget the role of the new transnational media of the Gulf which submerge us with their “Wahabit” culture .The political injustice (Iraq , Palestine ) conjugated to the media effect is the main cause of this plague driving us 15 centuries behind”.
Lenda Gaubi, a law student says: “I think that the radical Islamists ascension in Tunisia is a risk that is potentially great. Indeed, Tunisia witnesses an economical and political crisis and this paves the way for the rise of Islamists and for the spread of their ideas”, she explains “the despair of Tunisian youngsters with their future, the difficulty they face to integrate in the society due to Social gap more and more clear between social classes”. She also evokes the role of international events in the rise of radical Islamism as she says: “What is happening on an international scale threatens to further complicate the situation; sometimes we feel that we are facing religious wars.”
Asma Guedria, a Tunisian blogger says: “Radical Islamism ascension in Tunisia is synonymous of emptiness and loss. Islamism is a search for a lost identity. On the one hand the religious argument is always strong. On the other hand, and giving the frustration which is becoming bigger from one day to another, we find Islamism (as a kind of fanaticism) an answer and a mark. Politically speaking, we hide behind unbeatable and indisputable arguments. Islam( which in my opinion has been falsified) seems to be the alibi behind which are hidden the acts and reflections. The Islam is a negative tranquility as we avoid discussions, we take everything as granted, without negotiation, neither reflection, nor discussion.”

Some people are more optimistic about this subject and see that the radical Islamism in Tunisia is not a reality. Nasser Weddady, Civil Rights Outreach Director in the American Islamic Congress Boston says: “The Islamist rise in Tunisia seems to have been less aggressive than in other places.” .He explains that: “The best measure to possibly predict the Islamist movement’s chances to gain power in Tunisia depends on factors like: Social services. Whereas radical Islamists offer different social services in other countries like Egypt Algeria, Morocco, in Tunisia they do not have any functional institutions on the scale of their counterparts in these countries. They don't provide their supporters any services as their counterparts offer in the above mentioned countries. This takes the form of medical care, educational services, and employment and support networks offering members a support mechanism often times better than those offered by the governments. For all of these things to be possible, the Tunisian Islamist movement needs time and financial support to achieve a comprehensive self-sustainable enterprise”. He also talked about Functional institutions and power networks and explained that for the radical Islamist movement to achieve ay take over of Tunisian society , as was thae case in Egypt , it needs to solve its inherent weakness which is one of numbers; to do this, they need to multiply their forces by penetrating student unions, professional guilds and workers unions in order to recruit new members and also to advance their ideological agenda by steering these institution to show their philosophy in action.

Instead of analyzing the development and its causes, the state has once more turned to the security apparatus as a solution. The tense climate in the region and the government's own lack of flexibility, has led to government reluctance to talk to the secular political elite, and it has rejected reform and dialogue .This approach has strengthened those elements which are under the influence of the ideology of the "Salafist jihadis" who support Al Qaeda, and whose aim it is to break through the security which surrounds Tunisian society. This is why thinking about the rise of Radical Islamism ascension has become urgent. 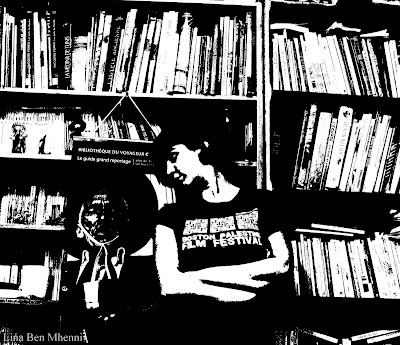