In recent years citizen journalism has flourished around the world.  Citizen  Journalism, which is sometimes labeled as  participatory, 'Guerilla', or 'Street' journalism  is springing up all over our TV's , newspapers, and especially the INTERNET. Indeed, the internet has been the biggest source of citizen journalism and has contributed to its huge rise in recent years. On the internet, citizen journalism is mainly  reflected by the huge number of blogs which were created during the past several years. Citizen journalism was started by people who have blogs  recording what they see daily, including news events. On their blogs, people are sharing videos, photographs, and are accompanying them with write-ups.
Later on,  traditional media started to rely and utilize bloggers and internauts ' informative pieces. In the beginning they were just sharing this information on their websites. Nevertheless, with the spread of this new trend, they have started to include citizen journalism in the mainstream media. Indeed, when big events happen,  citizen journalists who are often the first on the scene, are filming events in real time as they occur with digital cameras.
Nevertheless, the appearance of this new trend of journalism was accompanied with the ascent of many problems. Indeed, this 'sector' is not "really" organized by law, which has led to the upsurge of several controversies. Generally, when untrained people are making footages and reporting big events, they are generally, not aware of the laws they are infringing if there are any at all. Oppressing governments, fearing the spread of news, and dictatorships concerned with muzzling  free speech are taking advantage of this gap in the law to oppress and punish citizen journalists.
Recently, many cases of bloggers' arrests, imprisonments, and even deaths under torture have been reported. There are many ongoing  campaigns to support bloggers all over the world. In fact cases are abundant.

Tal Mallohi is one such a case : Tal is/was a Syrian blogger and student .She was born in Homs on November 4th, 1991. She was just 18 year old , when she was arrested by the Syrian State Security Apparatus   December 27th, 2009, after blogging about politics. Her family never succeeded to see her. Moreover  the Syrian government refused to reveal her fate. A few days ago, the news of her death under torture have spread on the internet. Mr Khaled Khalaf,  Chairman of the Regional Council against Torture and for the Support of Human Rights and Freedoms in the Middle East,  announced her death under torture in the Syrian prisons . He explained that, via a phone call he received from a judge, who refused to reveal his name. No one knows about Tal's burial place.
Another case is that of the Bharaini blogger and activist  Ali Abdulemam, the latter has been detained  since September,5th 2010. He was arrested by Bahraini authorities for allegedly spreading 'false news' on the  popular pro-democracy website BahrainOnline.org'. Authorities claimed that his arrest is "part of the investigations into a terrorist network accused of planning and executing a campaign of violence and subversion in Bahrain". It is worth noting that 23 other individuals were arrested  and charged with involvement in a terrorist plot. Until now, Ali family's couldn't meet him. He has also been  fired from his job.
These are just two  ongoing cases of bloggers' arrests , mistreatment, and even deaths under torture. But as it was mentioned before cases are abundant (to learn about other cases you can visit Global Voices Advocacy website and also Global Voices Threatened Voices ).
The situation is becoming more and more alarming. It is necessary to establish an international institution to protect bloggers and citizen journalists. As well as to establish  international rules and laws to protect them. We urgently need to create a legal framework for citizen journalism.Cyber and human right  activists should unite to reflect and establish such  institutions , because more  and more governments are considering bloggers and citizen journalists as a threat to their countries 'safety and inflicting harsh punishments on them.
Useful Links: 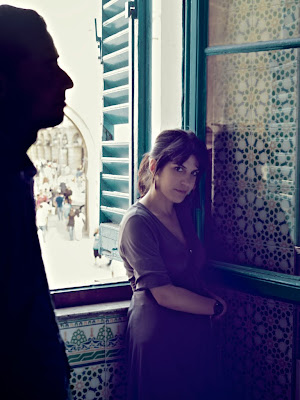 I am here in front of my computer . I can neither continue my work nor sleep. I am just thinking of you , thinking of me , thinking of us. I am remembering every single moment we have spent together. I am remembering  every single moment we were forced to be separated  from each other . Well , I just remembered Mariah Carry 's song 'My All' lyrics :
I 'm thinking of you in my sleepless solitude tonight . If it's wrong to love you . Then my heart just won't    let me be right . Cause I 'm drowned in you. And I won't pull through . Without you by my side .
Well,  you are so far right now. Four hundred kilometers separate us. And ' I'd give my All to have just one more night with you ' . May be in three days , we will be forced to be separated for 22 months , for about 2 years.
These thoughts are just torturing me ,  killing me ...
By lina ben Mhenni à septembre 21, 2010 5 commentaires: 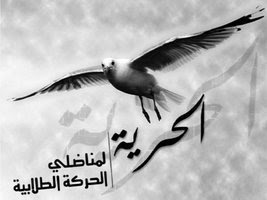 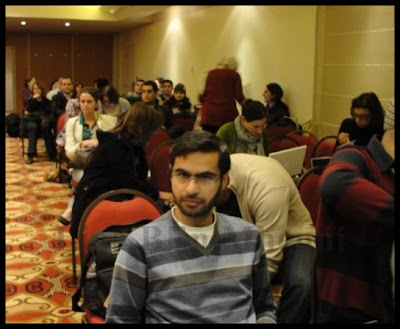 In the developing countries , being a blogger has become synonymous of being a criminal.  Hardly does the sun rises without learning about the arrest of a blogger or online journalist . Examples are abundant Fatma Arabicca , Zouhair Makhlouf , Abdulsalam El Baroudi , etc
The last in date case is that of Ali Abdulimam , A Bahraini blogger and a contributor for Global Voices Online. Indeed, Ali was arrested today by the Bahraini authorities. He was accused of spreading "false news" on
BahrainOnline. portal. A website that is, "of course"  censored in Bahrain.
I hope that Ali will be released soon . I also hope that he will be in a good health . To read more click here
By lina ben Mhenni à septembre 05, 2010 Aucun commentaire: