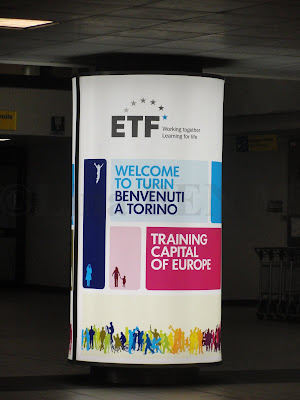 I arrived to Turin on Saturday 6th 2010 and had the opportunity to have dinner with many female bloggers from many countries .It was an opportunity to break ice in preparation for a group work the day after.

After the dinner, I was so happy to discover that my room had a view on the whole city of Turin. 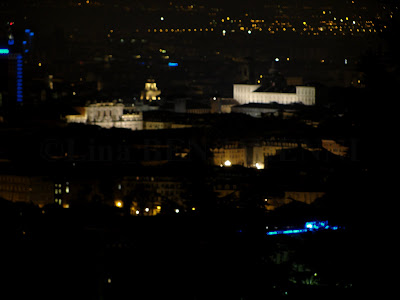 I was tired and I slept for 8 hours (an exception). In the morning I was so happy to discover that it was snowing. 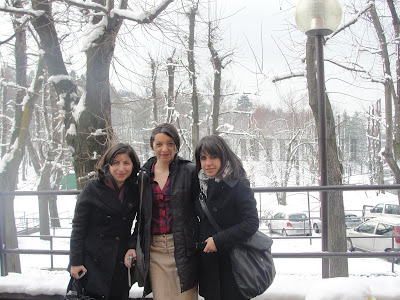 After a good breakfast, three teams of women bloggers and students of mixed nationalities from around Europe, worked together to present their suggestions about women in the workplace to policy makers from 29 countries surrounding the EU. Three major subjects were discussed:

1-Transition from school to work.

During the whole day, bloggers and students worked together on brainstorming possible innovative solutions to different problems facing women as to the three subjects listed above. The debate started a couple of months ago thanks to the initiative of Silvia Cambié, head of Chanda Communications and an expert on social media and this on ning network. In fact, women bloggers and social media activists had discussed subjects such as: a more inclusive definition of work (to comprise women in informal sector and households, social entrepreneurship, education as a tool to prevent conflict and promote peace and stability, etc. Through face to face talks, tweeting, blogging, Facebooking, female bloggers from different countries issued a list of recommendations on the ways and methods to insure gender equality on the labor market .The result was three interesting videos made by three wonderful teams and presented at the second day of the event to policy makers and representatives of NGOs. 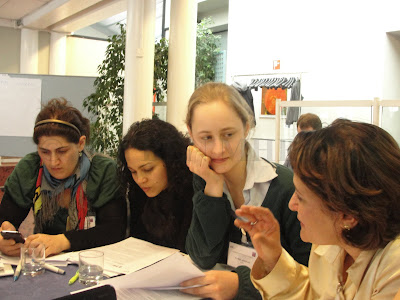 On the second day, Madlen Madlen Serban, the director of the European Training Foundation opened the conference to express her hopes for the conference to reach the stage of finding solutions and recommendations to women problems rather than just exposing problems. The second speaker Marco Gilli (Polytechnic of Turin) started his speech by presenting the palace ( Valentino palace ) where the conference was held , explaining that it serves also as the school of architecture , to move to giving some statistics about women attendance and achievements in Turin Polytechnic through history .The third speaker Salvatore Collucia (Vice Rector of the University of Turin) talked mostly about the collaboration between his university and the ETF, giving also some statistics about women’s achievements at Turin University. 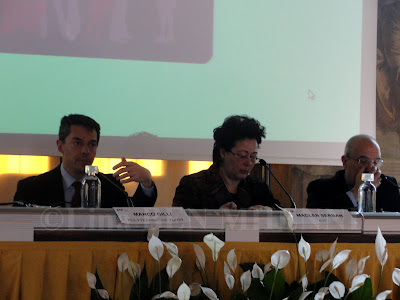 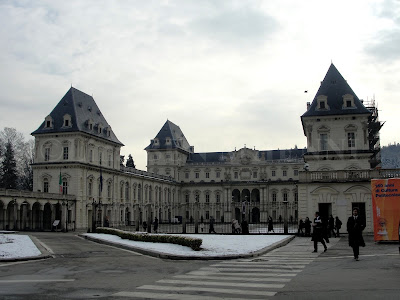 After that a video showing the speech of Viviane Reding,Vice-President of the European Commission responsible for Justice, Fundamental Rights , Citizenship and Gender Equality was presented. She explained that even in times of crisis concern for women is a priority. The potential of women needs to be addressed, and the EU cannot afford to ignore it.

The Chinese author of “Wild Swans: Three Daughters of China”: Jung Chang captivated the audience with her story . She talked about the pains of her grandmother in times where women were xupposed to” have long hair but short intelligence”. She showed the shoes her grandmother used to wear when foot binding had been practiced in China. She also mentioned her story and that of her mother under the Mao’s rule. A success story as the writer succeeded in leaving China and studying in Britain. 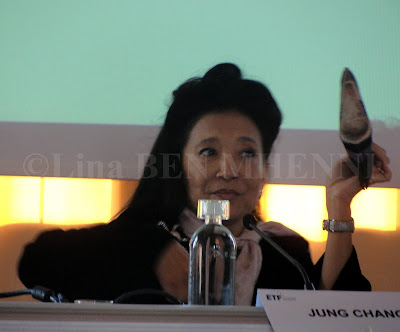 Outi Karkkainen and Jean Marc Castejon (ETF ) gave a presentation entitled “Transition from school to work-the case of Jordan, Egypt, Tunisia . This presentation had been highly criticized by one of the three Tunisian participants , Ms Amel Bouchamaoui Hammami(First vice president of CNFCE : Chambre Nationale Femmes Chefs d’Entreprises Tunis) , who argued that Tunisia should not be included in the MENA region as to women achievements !! 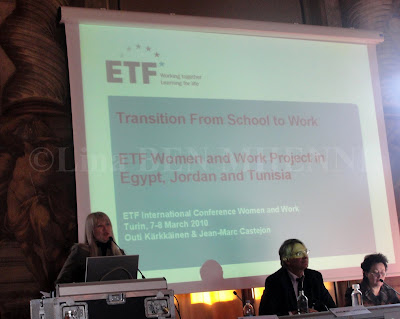 The two other main subjects of the conference which are : Entrepreneurship and Social Inclusion and Gender Equality were respectively discussed by : Efka Heder ,Director South East European Centre for Entrepreneurial Learning along with Dragica Jerkov , President of the Adriatic Ionian SEE Business Women Association , and Adriana Luciano from the University of Turin. 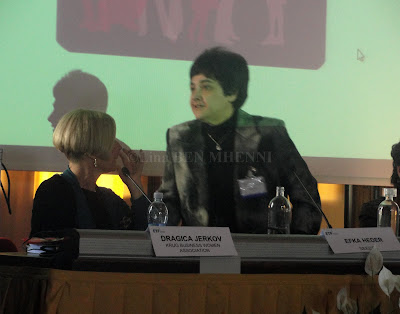 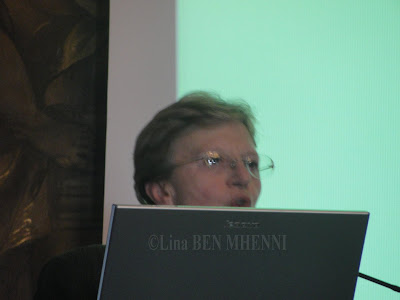 After a good lunch, the afternoon sessions started with a speech about “Globalization and Flexibility by Luciano Gallino, Professor Emeritus of sociology at Turin University. Then the videos prepared by women bloggers the day before were presented by Silvia Cambie .After that an open dialogue started under the moderation of Marc Gramberger (Prospex). 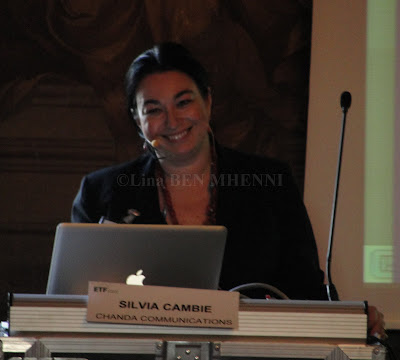 In the evening all the participants had been invited to a dinner in the Teatro Regio and to a wonderful theatre piece Clara Schaumann in the Teatro Piccolo Regio .

The conference has been very interesting, many recommendations and advices to improve women’s situation and to reach gender equality have been issued but the inflammatory question is : will decisions makers hear us?

What I enjoyed most is the Italian food and wine, and meeting so many people , exchanging a plethora of ideas and discussing FREELY !Visiting the city of Turin has been really wonderful!