My Meeting with Stépahne Hessel 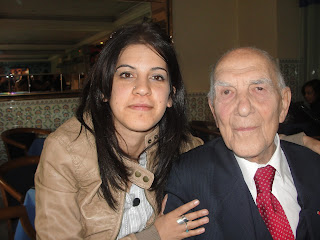 On March 11th I had the opportunity to meet Mr Stépahne Hessel who is  German-French diplomat , former ambassador,concentration camp survivor and  French resistance fighter who also took part in the drafting of the universal Declaration of Human Rights of 1948.
Stéphane Hessel has lately (October 2010) written a best-seller ' Indignez Vous' (Cry Out) . The pamphlet is considered as an editorial phenomenon as 600, 000 copies were sold in three months. 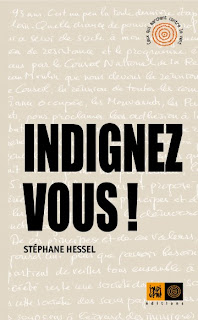 The pamphlet of 28 pages is a cry  to resistance . It is divided to small chapters: The reason of the Resistance was outrage, Two visions of History, Indifference: the worst attitude, My indignation about Palestine, Nonviolence, the path we must learn to follow, For a peaceful uprising.
Well I met Stépahne for about 2 hours . He listened to me carefully when I was telling him my story as a blogger. I shared with him my worries about the  future. I talked too much about my fight for women rights, freedom of speech and human rights in general  and my hopes of seeing many women in the constituent assembly were are electing in July 2011.  On his turn , he shared with me some of his souvenirs as a militant and gave me some pieces of advice.
Stéphane said that he has been surprised by the  fast development  of events in Tunisia but that he was very impressed and happy to see the Tunisian people free.
By lina ben Mhenni à mars 16, 2011