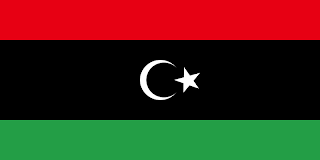 I couldn't stop crying when the melancholic voice of the Libyan blogger Hayet reached my ears via Skype.  The blogger was in tears and she was struggling to describe the situation in her country. She preferred to keep her face hidden as  she believes that Kaddafi's militia are  everywhere and are ready to execute people just because they  are talking about their country's situation. This happened one week ago. She talked about the genocide occuring there. That day, she stated 10000 victims who lost their lives  under the fire of the crazy Kaddafi 's army or militia. I guess that the number is much more bigger now. She focused on the fact that the number of the dead people was biggest then that of the injured ones. This has never happened before in the history of the entire world.She explained to us that the kadadfi's militia  was killing  the injured people inside hospitals. They did not allow the entrance  of humanitarian aids and medicine to most of teh Libyan cities and villages. They burnt , killed , tortured and kidnapped thousands and thousands of Libyans. She later condemned the silence of the world's nations.  The Libyan blogger couldn't  not continue the Skype conference because she burst into tears . Well, that night I felt guilty. I felt guilty because I didn't write enough about was going on in Libya. I took part in some demonstartions in Tunis. I tried to help people at  the  frontiers by establishing different relationships between people from Ben Guerdène and people wanting to help. I tried to help by guiding journalists who were on the ground. But this is not enough.  It is true that Tunisians showed a momentum of solidarity with libyans and with refugees but we  are all taking part in the crime against civilians in Libya. The whole world is taking part in the crime.
By lina ben Mhenni à mars 15, 2011