The plight of the wounded of the Tunisian Revolution : Assaulted inside the Ministry of Human Rights !

The plight of the wounded of the Tunisian Revolution has never come to an end. Yesterday, following a call from some associations dealing with the issue, some of the wounded as well as the family members of some martyrs headed to the Ministry of Human Rights to claim their right to an adequate medical care. Indeed, throughout the months the health of some of these heroes, who faced the bullets under the repressive regime of Ben Ali, has deteriorated and continues to deteriorate day after day .

Once there, the wounded and the families of the martyrs have been ignored by the authorities who have been totally indifferent to what was going on outside the Ministry. Losing all hope of being heard and  of being treated as Human beings, the wounded broke into the building and decided to occupy its lobby.

In the middle of the night, an alert announced that they have been attacked by some agents of the National Guard and that some of them have been badly beaten.Once there, we had to negotiate with the security forces to get in. Some of the wounded and the activists, who were already inside, made pressure to allow us to enter the building.

Some of the wounded preferred to leave  and others started a sit-in in the lobby. According to them: eight officers of the National Guard stormed the lobby  and attacked Mariem Menawer, one of the organizers of this protest action. When some of the wounded tried to help her they experienced the same treatment. I was also told that a pregnant woman has been savagely beaten too. Some police officers who were present denied these facts. 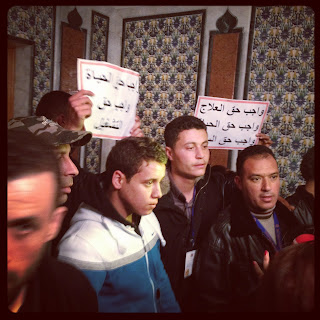 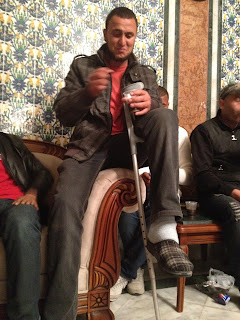 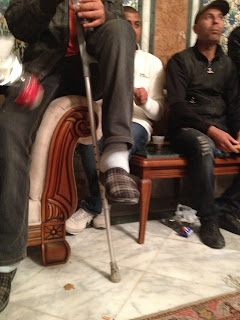 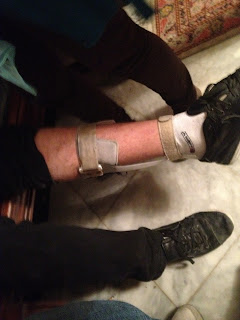 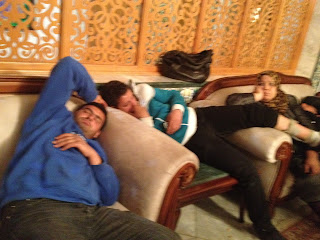 The wounded of the revolution asserted that they will occupy the building until their problem. is solved.
I reiterate that the present government is unable to rule the country. What happened to our wounded is unacceptable. Yesterday, they had to face not only indifference but also violence.And guess where ? Inside the Ministry of Human Rights.

During some of the conferences I am taking part in, I am often asked: how can we help Tunisia? I usually answer: come as tourists, come and invest in Tunisia ... Today I say help us to give the adequate care to our wounded, it is urgent. I beg my fellow citizens willing to help to contact associations dealing with the cases of our  wounded and take care of the most urgent cases . Let us be united and act to help those who sacrificed their bodies  for our freedom and dignity, once again confiscated  by people whose only concern is to have power.
If you cannot help with giving them the appropriate care jut join and support them.