On Friday, December 31st,  lawyers in different areas of Tunisia decided to gather again, wearing red badges,  to express their support to Sidi Bouzid inhabitants and to denounce the arrests and the use of live ammunition in several  regions of the country. But  as usual the government decided to prevent these gatherings through the use of violence as well as the arrest of several lawyers throughout the Sidi Bouzid's events. In Tunis, for example police officers in plainclothes and security forces besieged the area of the courthouse. They prevented some lawyers from entering the area and let some others access it. When the layers tried to leave the Bar House where they were gathering, the security forces intervened and used violence. Some lawyers such as : Leila Ben Debba and Samia Abbou where badly beaten with truncheons. They are seriously injured. Such incidents happened in different  Governorates and cities of Tunisia. We heard about assaults against lawyers in Grombalia , Gafsa, Monastir, Mahdia , Sfax , Kasserine... etc 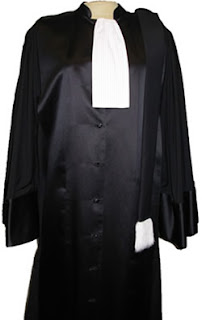 Moreover, the police officers seized the  lawyers' mobile phones and cameras to delete any record of the incidents.
By lina ben Mhenni à décembre 31, 2010