The second demonstration to support Sidi Bouzid in Tunis took place today Monday, december 27th, 2010. It started at 1pm in Med Ali Place. Arrived there,  again, I was not surprised to see that police officers outnumbered the demonstrators. Nevertheless, the number of demonstrators was bigger than that of the first demonstration. People were singing the Tunisian National Anthem in harmony. Then they started shouting some slogans claiming the right of people to work , ti dignity, to freedom. They evoked freedom of press, freedom of demonstrating. 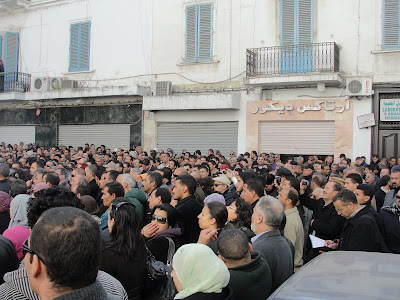 When they tried to move and to go through streets, demonstrators were prevented from doing so. Policemen started pushing them violently and clubbing them with their truncheons. They even threw  stones at demonstrators.  Four persons were severely injured. Some demonstrators tried to rush them to the hospital but policemen prevented them from leaving Mohamed Ali Place. Clashes between policemen and demonstrators lasted for a couple of hours. The Minister of Interior was present during the demonstration. 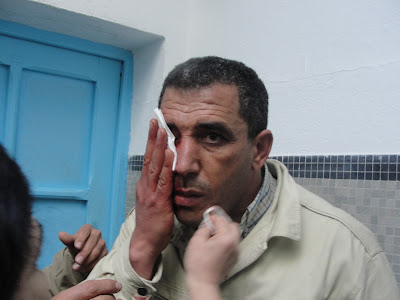 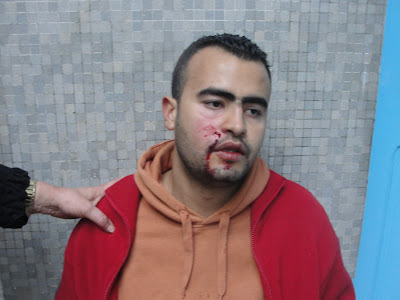 Journalists were prevented from doing their job . They have been continuously harassed.