Demonstration Outside the Parliament

Today , I took part in a demonstration outside the parliament our requests were clear : 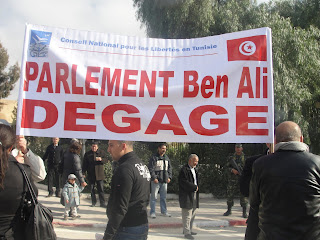 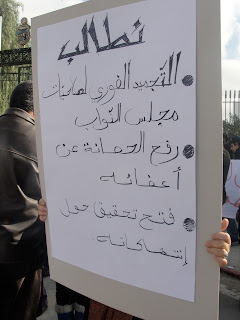 we are asking for:
total freeze of the prerogatives
lifting the immunity of members of parliament
Starting an investigation regarding their exceedances
Indeed the members of the parliament do not represent Tunisians. They were not elected following transparent and fair elections. they don't have the right to vote for us. They should be out. They should be sued.
By lina ben Mhenni à février 07, 2011