Two days ago I had the opportunity to visit 'Essabah' newspaper premises, which I visited in the past.I  was happy to see that the photos and posters of the dictator has disappeared from the building. The newspaper was established by Habib Chikh Rouhou  in1951. In March 2009, Mohamed Sakhr El Materi Ben Ali 's son-in-law bought 70% of its shares. He also became the  chairman of the board of directors. 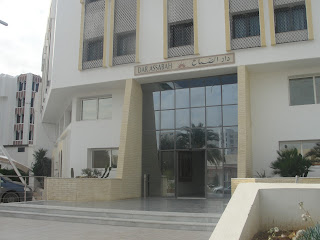 Journalists were working despite the fact of the absence of the newspaper 's owner who fled after the collapse of Ben Ali's regime. They said that now they are enjoying their newly acquired freedom. When I arrived to the printing press, I noticed the presence of a photo: 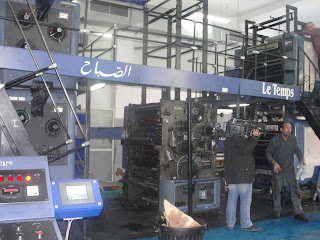 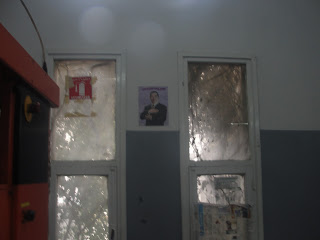 But in less then a second the photo disppeared. 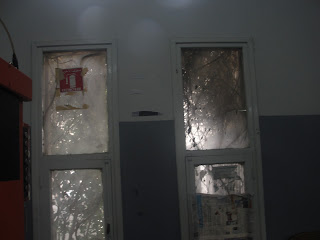 I also noticed the piles of old journals left aside. 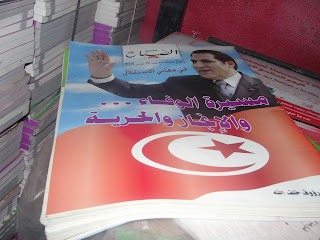 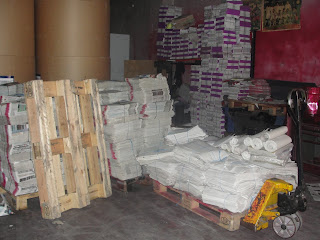 I read the titles and examined the pictures of last week 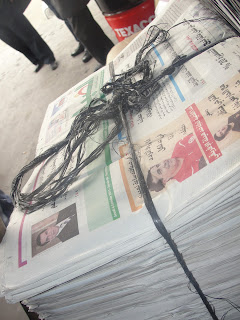 And those of this week: 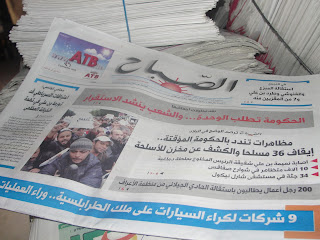 Hopefully, journalism will preserve its freedom. Hopefully , the journalists will progressively get rid of auto-censorship and write freely and objectively.
By lina ben Mhenni à janvier 21, 2011