The Future is Ours

This morning , I went to Kabbaria ( subburbs of Tunis). I had to stop in many roadblocks . Indeed, the kabbaria 's inhabitants were watching their families, houses and properties as several criminal groups have been attacking different cities in Tunisia after the collapse of Ben Ali's regime. 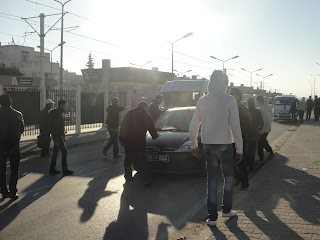 I knew that early in the morning a young man from the Kabbaria was killed by 3 men in an ambulance belonging to Aziza Othmana hospital . 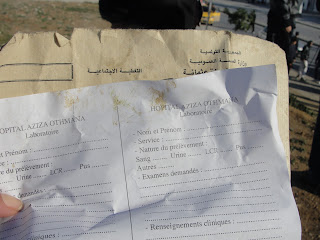 Papers found in the car 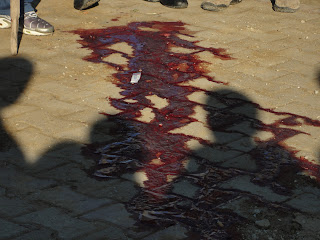 The blood of the young man killed this morning
The inhabitants said that they arrested  one of the gangsters who were in the ambulance . They discovered that they belong to the presidential guard. In fact, they found the identity card of one of them.
Not far from this place, I entered the house of teh young man killed in the morning. 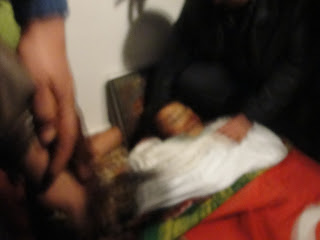 The young man killed by a bullet this morning
Outside the house , in the metro station the inhabitants arrested 3 gangsters who were trying to attack  them and their house. The angry  inhabitants arrested them . They were waiting for the army to come and take them or their corpses away. 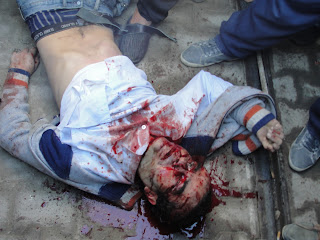