THE GIRL ON THE TRAIN

I just finished reading the thriller "THE GIRL ON THE TRAIN" by Paula Hawkins. I bought  the book  few days ago  in Rome airport and I devoured it in two days. I usually hate reading thrillers  but this book  has been an exception.

The plot of the 316 page book is just captivating. Once you start reading it you have to finish it . You just want to know the end. The book relates the intertwined stories of three women;Each one is telling her own story.

Rachel Watson, the girl on the train, is a divorced, alcoholic, and depressed woman. She always goes through  blackouts, during which she harasses her ex-husband Tom and his new wife Anna. She also lost her job because of her  drinking. Nevertheless, she daily rides the train that she used to take from her neighborhood to her workplace in London. On her way to London, she always observes a couple ( the Hipwels)  for whom she  has created a fantasy world. They live along the road from her ex-husband Tom, his wife Anna and their baby. Rachel likes to watch them while they are enjoying the sun on their rooftop. She  has never suspected that they might have problems until the day she saw another man kissing Megan on the rooftop.

Following the disappearance of Megan Hipwel, Rachel is no longer an observer. She becomes involved in the case as she is summoned to the police station. Indeed, Anna reported to the police that she had seen her in the area  the night that Megan disappeared.  Few days later, Megan's body was  discovered in a  park. Scott, Megan's husband is the first suspect for the murder. Rachel, fully convinced of his innocence, plays the detective to help him. She is totally persuaded that he is a loving husband. 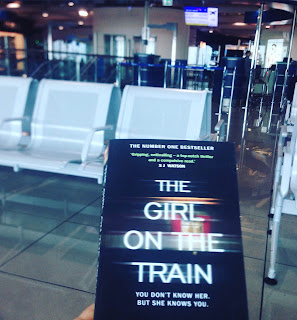 As the story unfolds, the suspense  reaches a peak. You  focus on  each character and action  and try to  discover the killer...You play the detectives too.