Yesterday Saturday January, 28th 2012, thousands of Tunisians walked from the Human Rights Place to the Republic Place  in Tunis to express their longing for freedom and their refusal of violence. Indeed, several assaults on Tunisian citizens  and incidents of violence happened in Tunisia in  the  last weeks.The march for freedom has been very successful despite the presence of some provocative  groups  who insulted the demonstrators. We have heard the same slogans we already heard last year;calls for freedom, work and dignity. Nevertheless, Mr Lotfi Zitoun  (Ennahdha party ) declared on El Jazeera TV channel that people who took to the streets are the same people who were supporting Ben Ali in the past. Personally, I think that it is shameful to tell lies and to deceive public opinion especially when such lies come from people who are supposed to represent Tunisian people in the Constituent Assembly. During the interview, Mr Zitoun was so nervous. 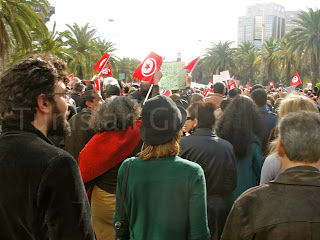 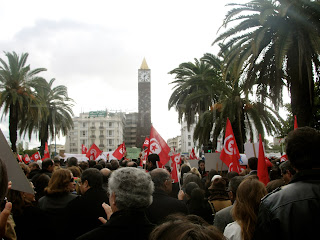 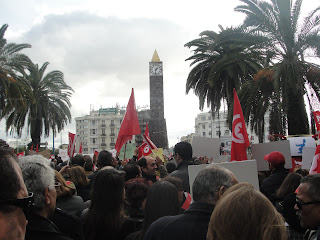 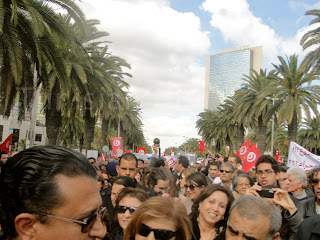 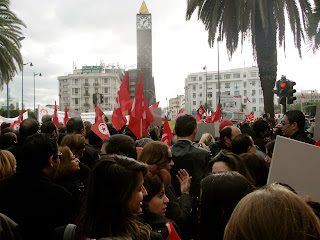 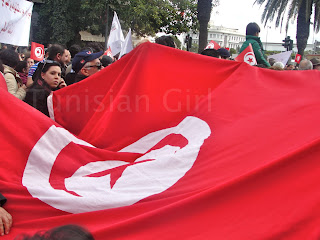 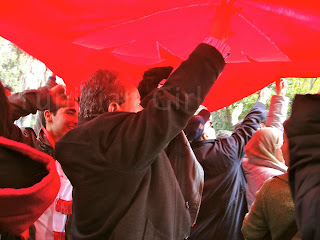 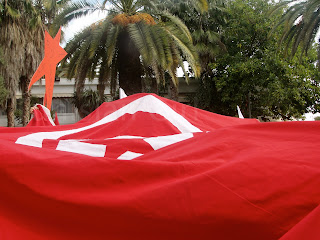 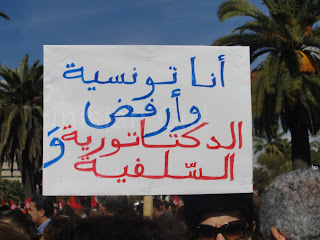 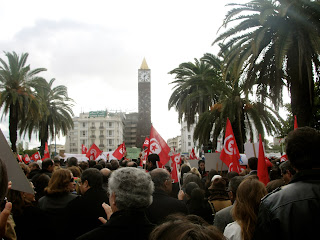 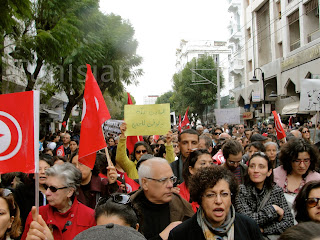 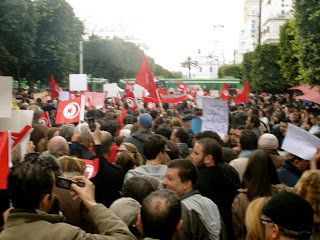 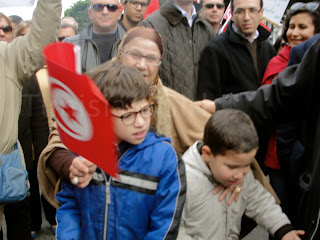